Camera systems
There are some very specific design requirements for building a stereo camera system that stays ‘in calibration’. When a system goes out of calibration, 3D measurement accuracy will be lost. The physical relationship between the camera and the camera housing port must be stable. Typically the most stable design has the camera permanently attached to the housing port. The physical relationship between the left and right camera must also be stable: the distance between the cameras and the way the cameras point relative to each other must not change.

Every camera is different
For the purposes of stereo camera calibration, every single camera is different – even cameras that are the same model are physically different enough to adversely affect a calibration. The same camera must always be used in the same housing (in the ideal case the camera is physically attached to the housing port, as above). If a camera fails and is replaced with a new one, even if it is the exact same model, the stereo camera system is no longer calibrated. If cameras are randomly fitted to different housings (compared with their calibration configuration), the systems are not calibrated.

The tables below demonstrate the the effect of swapping left and right cameras in a stereo configuration. The 'Cameras correct' side of the tables shows the results of performing a calibration, then making measurements of a scale bar (a calibrated known length). The length measurement value and percentage error are given. The 'Cameras swapped' side of the tables shows the corresponding measurements and errors with the left and right cameras swapped. The examples are randomly selected using a variety of commonly used cameras. In some instances the magnitude of error may not be so large, in other examples the errors tend to always result in an under or over estimate of length. Concerningly, large errors can be expected. Do not infer from the examples that a particular model of camera will always give a certain error trend or error magnitude – this will always be different and unpredictable. 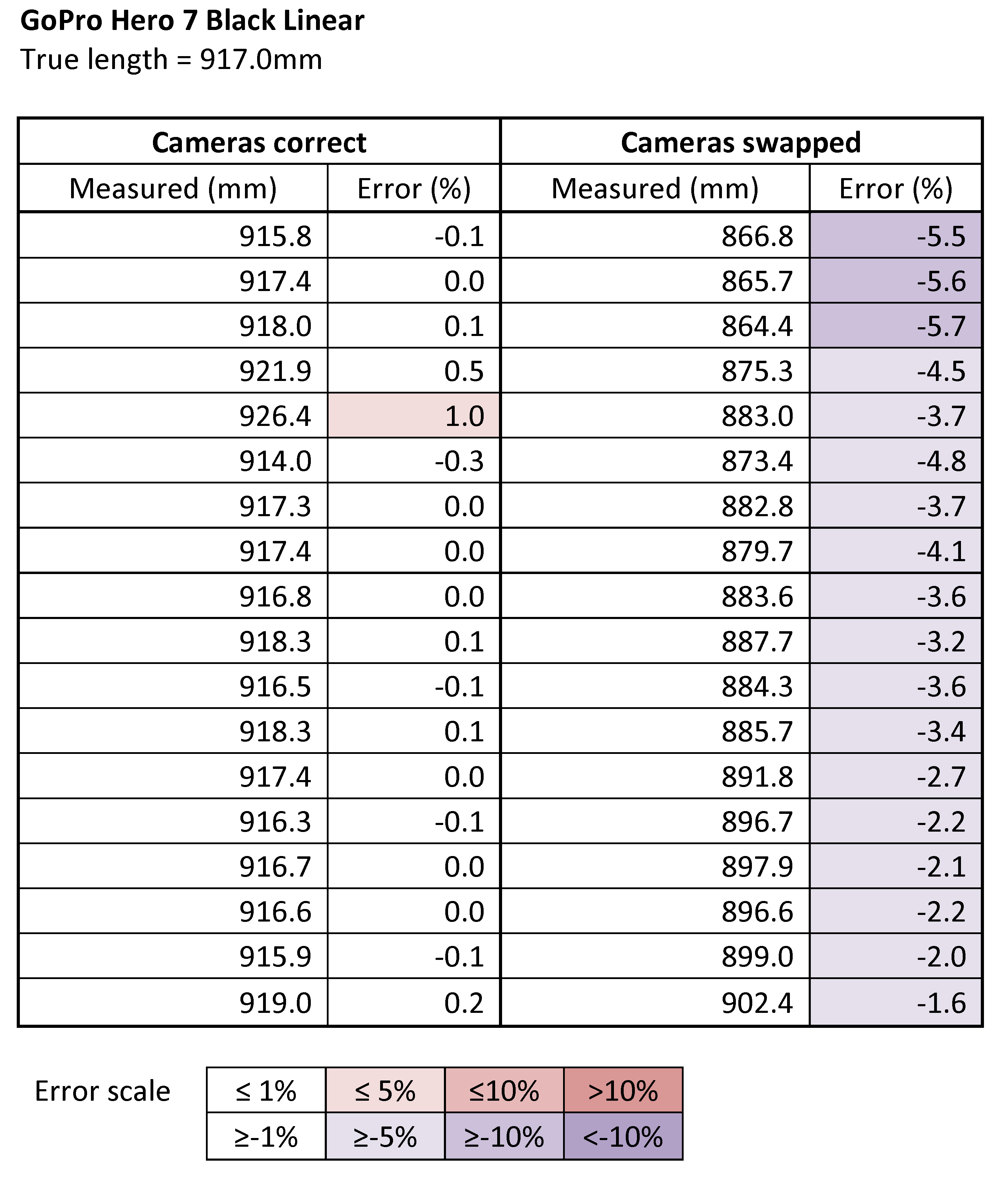 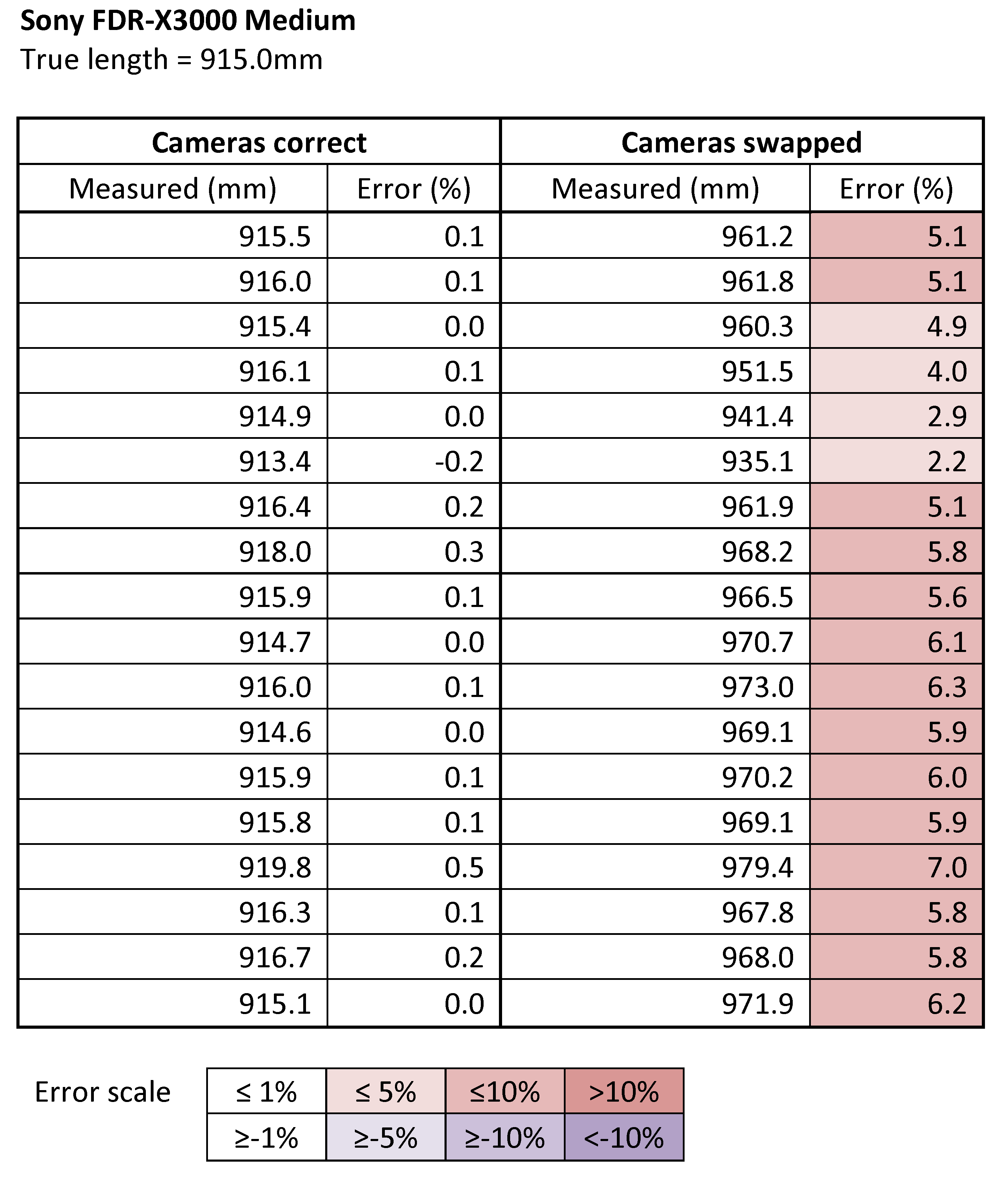 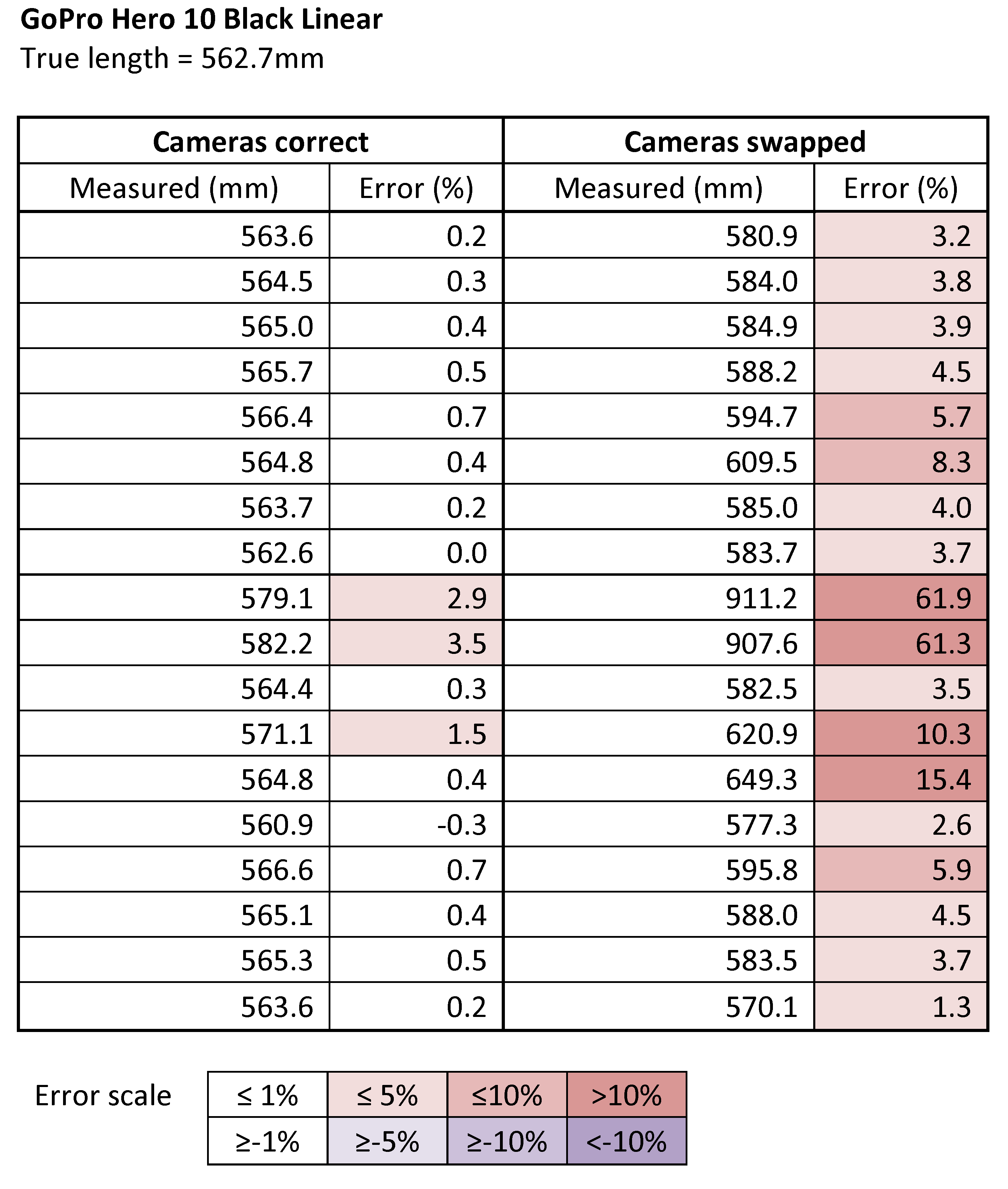 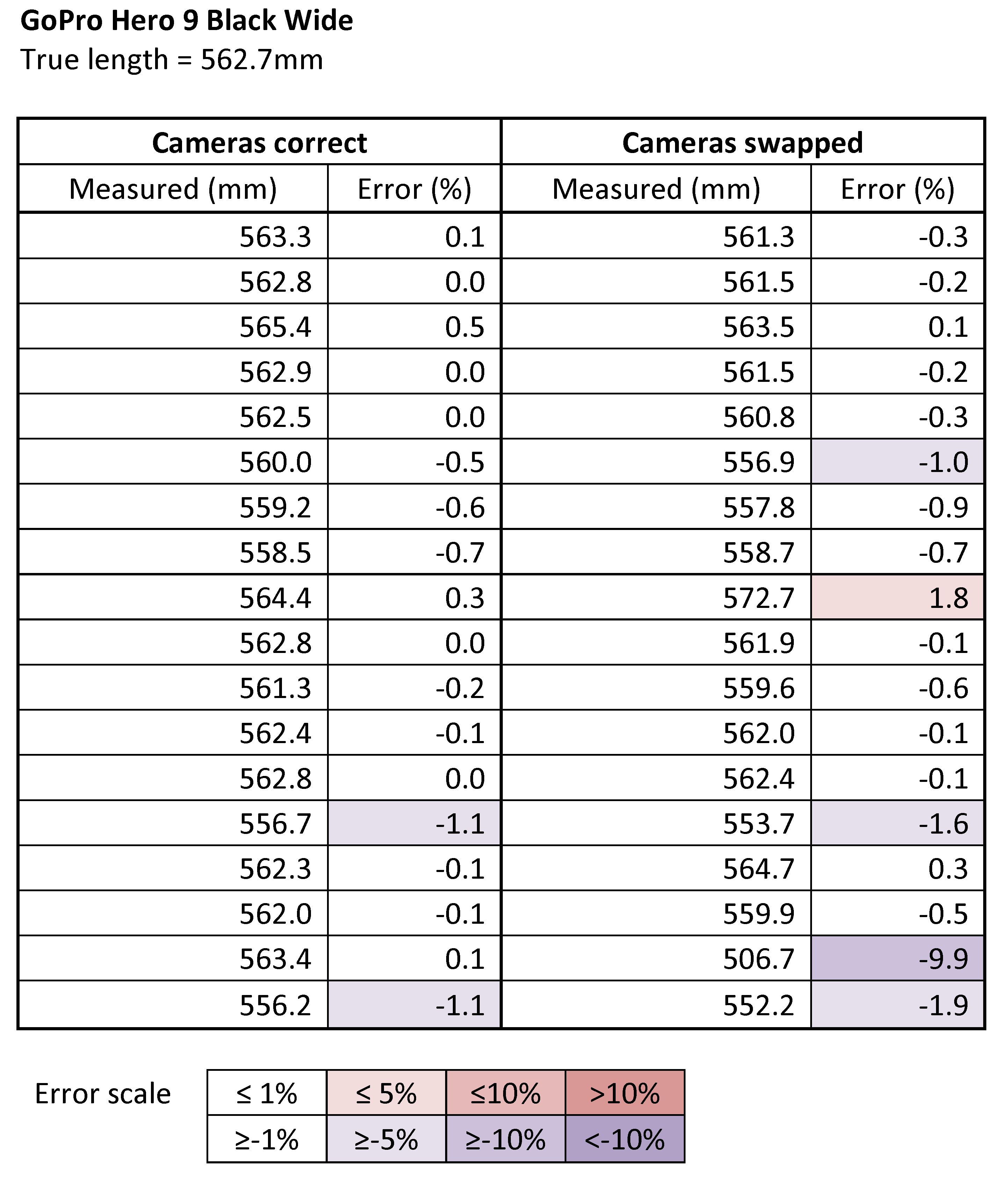 Camera settings
A stereo camera system will be calibrated with specific camera settings, such as the image resolution (for example 1920x1080) and the field of view (say linear in a GoPro camera). If you change these camera settings after performing a calibration, the system will no longer be calibrated. Also be mindful that features like image stabilisation (optical or electronic), horizon levelling, or even some field of view modes (like GoPro’s SuperView) will typically adversely affect a calibration.

RMS
When using EventMeasure the RMS of 3D measurements is an indication of calibration quality. The RMS cannot predict how inaccurate a measurement is, and it cannot be used to apply a correction to measurements (this is because there are so many different ways a system can go out of calibration). The RMS says something about the current calibration state.

In typical applications measurements having an RMS less than 10mm indicates the calibration is still good. If there are consistently measurements with an RMS above 20mm the system is not in good calibration.